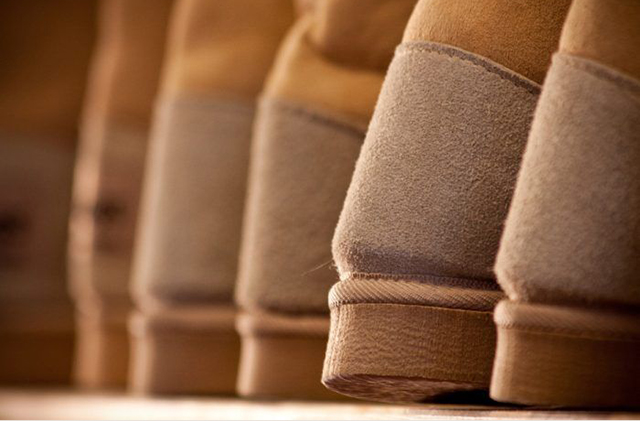 The best place to buy ugg boots online is through amazon. From farmers, to aviator pilots, to surfers and the most fashion conscious of international celebrities, ‘ugg boots’ have a distinct and colourful history that has seen them become a ‘household essential’ in all parts of the world.

This handcrafted sheepskin boot is predominantly known worldwide as an ‘ugg boot’, however since its inception in Australia over 200 years ago, it has also been referred to as an ‘ug, ugh and fug’ boot. All of these names are merely a generic term for Australian-made sheepskin boots, rather than a brand name. The word ‘ug’ actually means ugly in the Australian dictionary, although most people would claim they are more of an item of beauty.

The woollen inner lining of an ugg boot naturally warms the feet and allows circulation to keep away moisture, which also helps resist unwanted odours. The boots are designed to be worn without socks and effectively insulate the feet in cold weather and cool them during warmer conditions.

Whilst the reasoning behind their name has remained much of a mystery, their uses and benefits have proved invaluable and inspirational for a variety of people over the years.

During the 19th century, sheep farming became a major industry in Australia. Farmers and ranchers utilised every part of the sheep, making bulky, well-lined ugg boots to keep their feet warm and dry, as well as clothing and various other household items.

Farmers across Australia steadily grew accustomed to wearing ugg boots on a daily basis, however it wasn’t until World War I and II that the true value of natural fibre ugg boots was properly put to test. Aviator pilots used ‘fug’ boots (flying ugs) to keep their feet loose, comfortable and at a constant warm temperature in non-pressurized planes at high altitudes.

During the 1960’s ugg boots really unleashed their fashionable influence on society and much of this was attributed to a growing worldwide surfing phenomenon. Australian surfers decided it was extremely cosy and warm to jump out of the surf and into a pair of sheepskin boots.

The popularity of ugg boots rapidly spread throughout Australia. During the winter months, surfers replaced their boards with skis and poles and started wearing their ugg boots in ski resorts on Australia’s Snowy Mountains. At the time, ugg boots were also a hit with competitive swimmers.

Home of the world’s finest wool

Geelong-based company Jacksons Tannery, a hide trading and tanning specialist, were approached by surfers from along the Victorian Coast in the 1970’s, who wanted to use their sheepskin to make their own warm, post surfing ugg boots.

At the time, the Geelong area was regarded as the home to the world’s finest wool. It is also the home of EMU Australia, one of the longest standing Australian ugg boot manufacturers. The surfer’s original design was very basic – essentially two pieces of sheepskin in the shape of a boot, joined together down the centre-front and back with a soft sole attached to the bottom. There were no hard soles back then – they were practically a glorified sock!

Jacksons Tannery quickly recognised the need to improve the quality and performance of the surfer’s basic sheepskin design, so they began subcontracting their sheepskin to shoe makers.

In 1971, Australian Shane Stedman recognised the potential in sheepskin boots and registered ‘ugh boot’ with the Australian Trade Mark Registry. It lapsed and decades later it ended up in the hands of US company Deckers Outdoor Corporation, along with the other various spellings.

Deckers eventually tried to restrict all Australian sheepskin boot companies from using the use of the terms Ugh, Ug and Ugg based on the grounds of litigation and trademark ownership, but restrictions on the use of these terms were removed from the Australian Trade Mark register in 2006, allowing all sellers to use the terms.

In 1978, Australian surfer Brian Smith took a dozen pairs of ugg boots to the US. Several Californian surfers took to their benefits and almost immediately Smith was importing more pairs from Australia. The following year Smith formed a partnership with Jacksons to supply boots to the US under the registered ‘UGG’ brand. In 1993 UGG Australia was sold to Deckers.

EMU Australia was launched in 1994 by employees from Jacksons and due to the huge demand for ugg boots in the US, they quickly appointed a distributor in Boulder, Colorado.

Whilst stilettos, platforms and wedges are must-haves to pump up that strut in our modern society, ugg boots have been making their way off the shelves for decades, not for their ‘chic visage’ but for their ultimate features – comfort and warmth. Just as they have done for over 200 years.

With new styles available all year round, come and see the Natureshop for current and upto date styles of various ugg boots for men and women.