The Dream Of The Electric Society 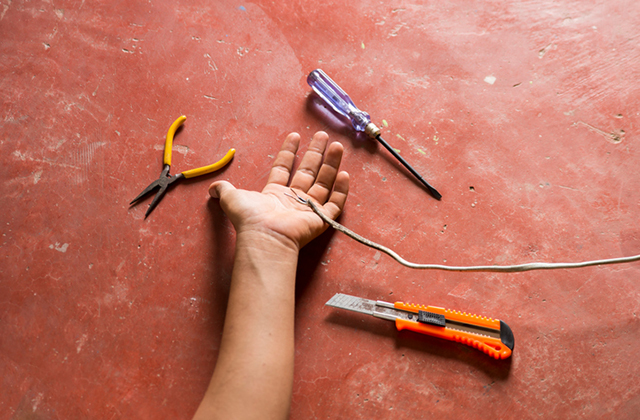 Of the many political topics discussed in this column, I cannot really categorize this article. I can tell you that it was inspired by a letter from California Senator Barbara Boxer yesterday regarding global warming. I subscribe to the Senator’s email newsletters, and yesterday’s certainly got my attention. Electrician Northcote is responsible for the maintenance and installation of electrical wiring and related equipment.

I had planned on a releasing a review of the Congress’ performance to date, and a follow up on the next steps (ending the Iraq War, Impeachment Proceedings, and Investigations Into 9/11, etc). The Senator’s letter though, made me realize that there is knowledge that I have, and to some extent take for granted, that is not commonplace in America today.

She asked for ideas on how to combat global warming. My response is to share with you, Senator Boxer, and with you, P&M readers, something I discovered for myself less than a decade ago. It is the dream of the electric society, and with the will of the people, and the legislative power of the Senate, this dream is finally within our grasp.

This article is meant to empower you. In the interests of spreading this vital information, I’ll leave all politics aside, and will keep the piece as brief as it can be. There will be lots of pictures, and I am always available through email if you have any specific questions on how this works.

Think about it for a moment, just from the receiving end. Think of all of the applications this power source already encompasses. Your computer, your radio, your tv, your refrigerator, your dishwasher, your laundry machines, etc., all of these devices are electric beasts, fed by the socket on your wall.

Technological pioneers have recently made significant breakthroughs in the world of the electric automobile. Pricey sportscars that can outperform Ferrari’s are now being listed on the market. Prototypes for even more incredible autos are being perfected in labs across the nation as we speak. Many of them are being featured on major news broadcasts, and on special feature documentary shows on the Discovery Channel. These amazing machines, which will within the decade become affordable to the masses, run purely on the electricity obtained from your wall socket. Their engines contain almost no (in some cases zero) moving parts.

Even in as theatening an environment as space, electricity is quickly becoming the standard in fuel economy. The International Space Station (ISS) features solar panels for collecting energy, and engines like the M2P2 Magnetic Field Propulsion System are revolutionizing the concept of travel within our solar system. This concept has been proven with satellites, and is being developed for applications on spacecraft.

That’s the receiving end. Now comes the empowering part. The rest of this article will give you first a basic understanding of what ‘electricity’ actually is, and will then give you the knowledge necessary to allow you to harness electricity for your own purposes.

We do not need combustion in the year 2007. The technology has become a part of our past, and will soon fade into our history…

Electricity… What It Is, And How To Make It…

Why do electrons move? Well the very simple explanation, according to physics, is that all matter that moves is pushed. If you want to push electrons, you can use a magnet.

There are two types of ‘Magnets’, permanent magnets, which are always magnets, and electro-magnets, which are, like the wire discussed above, only magnets when electricity is flowing through them. More on Magnets in a moment…

So to create electricity, we need to use magnets to push our electrons through our wire.

The easiest way that this can be done, is by winding your wire into a coil. You have your end of wire coming out of one end and running (off into oblivion at this point, we’ll cover this later). Inside this coil (or outside the coil, either way) you would place a permanent magnet. Spinning your magnet inside the coil will push the electrons in your wire around and around the coil and out into your wire.

Your wire should attach to the positive lead on your battery, thereby ‘charging’ it. A ‘Lead’ is another word for a terminal, or in common terms ‘the metal post’

When you attach wires to your battery’s terminals, this creates the other half of the circuit, and drains your battery of it’s ‘power’ (it’s difference of electrons in the two posts). The electrons begin to travel (motion) creating the ‘electricity’ in your car, until the leads are of equal electron count, and are ’empty’ because no electrons are in motion.

But that’s no problem, right, because we can simply recharge our batteries with more electricity! Your car does this by using the combustion engine to force electrons back into the positive lead, using a device called an ‘alternator’. That’s why your car battery doesn’t die quickly, it’s constantly recharged by your engine. When you jumpstart your car, using another car’s battery, you are also forcing electrons into your positive lead.

Now there is one piece of the puzzle I’ve yet to explain, and this is the part about electricity that I find the most fascinating.

You don’t need a combustion engine to create more electricity.

Think back to the example above, with the wire wound into a coil, and the magnet spinning inside it…

The combustion engine (in your car’s example) is the ‘workforce’ that performs the ‘work’ of turning that magnet inside the coil(s).

Something must provide the ‘workforce’ to turn your magnet. Here is where I encourage everyone reading this article to get as creative as you’d like.

In the history thus far of society’s collective electric dream, humans have harnessed the wind, through windmills, to turn their magnets. In California and Wyoming, and many other States across the American West, fields of enormous windmills now stand gathering up the energy of the atmosphere in motion and using that motion to create electricity (the motion of electrons). The wind is a truly magnificent ‘workforce’ that performs the ‘work’ of creating electricity for us with no fee attached. The wind will never run out, or poison our environment. The wind is available to all of us, each and every one.

Another abundant resource that we have been able to use as a ‘workforce’ is water. Waterwheels have long exploited the power of motion, using the force of a rushing stream, combined with gravity, to turn the wheel. This principle can also be applied to creating electricity. Recently scientists have been able to develop waterwheels that can operate when completely submerged.

Senator Boxer, just think of what these waterwheels could do for the economy in the State of California. We could be selling power to the entire globe. Our State’s single shoreline delivers daily the energy needed to make the price of oil irrelevant. Even a single ‘farm’ of waterwheels could potentially eclipse the electricity production of the Hoover Dam. The currents of the ocean are ours to use, and the tides will never stop turning. Waterwheels do not damage the natural ecology of the ocean shorelines, nor do they require exploratory missions costing in the billions before selecting a location to implement their use.

Now that everyone understands the concept of ‘electricity’, I just want to make one more comment. I mentioned earlier that electricity and magnetism were related, and that one can be created by using the other.

But there is another kind of magnet too, the permanent magnet. This is the type of magnet you would use (spinning) inside of a coil, so that it’s ‘magnetic field’ will push the electrons through the coil of wire…

To make a permanent magnet, you can use any other magnet. Two quick examples of this, so that you completely understand how to do this on your own.

1) Take a needle, and a magnet, and some paperclips. Put your paperclips on a table, and try to pick them up with your magnet. It works, right? Now try to pick them up with your needle in the same way… Doesn’t work, right? Okay, now take your magnet, and run it down the length of the needle, in one direction several times. Now try again to pick up the paperclips with the needle… You’ve created your first magnet. The magnet’s ‘magnetic field’ caused the atoms in the needle to line up end to end. This gives the needle it’s own ‘magnetic field’ because the electrons are escaping out of the ‘positive’ end of the needle, and are being drawn to the ‘negative’ side of the needle. The ‘field’ this creates around the needle is what attracts the paperclips.

So not only did you create a ‘magnetic’ needle, you also in a way created an ‘electric’ needle!

2) This example is a bit more large scale. Take a rod of iron (any metal will do but iron works well). This could be a tire iron, a door jam, whatever, any shaft of metal. Also take a compass and a sledgehammer (any hammer will do), and head outdoors. Once outside, find north with your compass. Now take your metal rod, and line it up along the invisible line from North to South according to your compass needle. From the South end of the rod, pick it up, leaving the North end touching the ground. Lift the rod so it is about 45 degrees up from the earth. Then give the end a really good smack with your hammer. When you do this, the sudden jolt to the metal rod causes all of it’s atoms to line up with the magnetic field of the planet (just like your magnet needle, the poles of the planet Earth create a magnetic field). So you’ve just used a REALLY BIG magnet (the Earth) to create a very small magnet (your iron rod).

Now you have the knowledge to create and test your very own system for electricity production from beginning to end.

My overall point here, ladies and gentlemen, is that you can use just about anything you’d like to turn that magnet inside that coil. And for every time that magnet turns, you will have electrons flowing through that coil and into your battery system. That energy is yours to use for absolutely free, to run your radio, to power the lights in your home, or even to charge up your electric car or your electric spacecraft (well maybe in another few decades…)

With this knowledge as a resource, we all have the power to help make the Dream of the Electric Society into a reality. With this understanding of the concepts involved, Senator Boxer and her colleagues can make an informed decision on the benefits of electric production and can exercise their legislative powers in a responsible effort to provide an energy rich and combustion free environment for our children to inherit. Get in touch with an electrician to ensure the safety of wirings in the building.