The Best States to Work as an Electrician 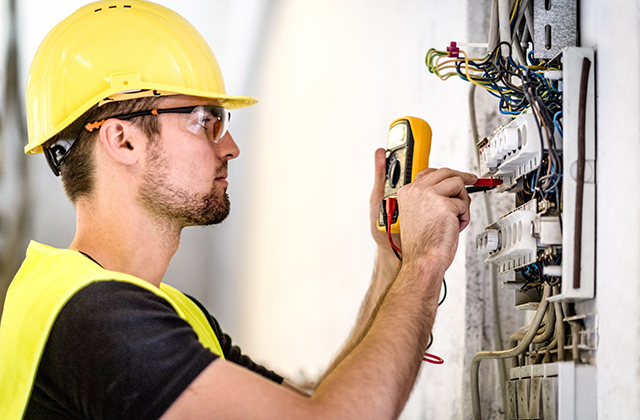 Electricians work to install, repair and maintain electrical wiring, fixtures and equipment. Other responsibilities include making sure that all electrical work is in compliance with state and municipal codes and laws. Electricians can work for small businesses, for large companies or independently, so it can be a career path with many opportunities. If you are considering pursing this type of trade, be aware that some U.S. states may offer more work and higher pay than others. Emergencybrisbaneelectrician.com.au offer a fast and reliable electrician Brisbane 24 hours service for those times when you just can’t wait!

Electricians that work in certain parts of the U.S. can earn more than their counterparts in other areas. For example, according to the Bureau of Labor Statistics, the average mean wage for electricians was around $67,000 in Hawaii and New York in May 2010. However, the top-paying state was Alaska, at $69,000 per year as the annual mean wage for electricians, or around $33 per hour. Other top-paying states include Illinois, at an annual mean wage of near $68,500, and New Jersey, at $66,850 per year.

Some states typically hire more electricians than others. Therefore, if you’re looking for consistent work, you may want to consider working in one of these states. They include California, Texas, Florida and New York. According to the Bureau of Labor Statistics, California had almost 45,000 active electricians in May 2010. Texas had 43,340 working electricians, and Florida had 27,810 electricians. An estimated 33,490 electricians were employed in New York during the same time period.