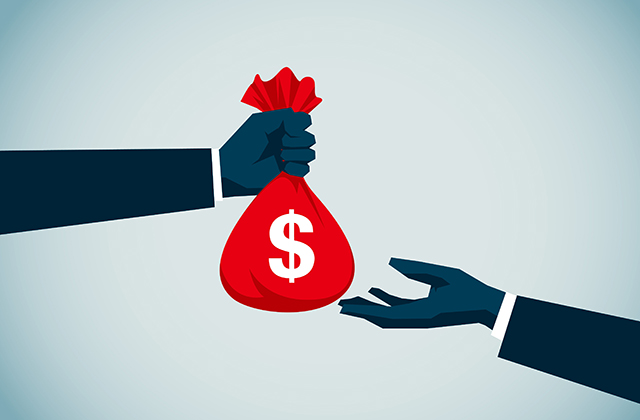 Those charities from the politicians are not the best charities to donate to. Tonight’s title match: In the red corner, numbering 948,954, representing over half of all 501(c)(3) organizations, are public charities. And in the blue corner, numbering 108,594, having increased 54% since 1998, are the 501(c)(3)s known as private foundations. Both competitors bring a long and varied history into the ring. Though greatly outnumbered by public charities, private foundations bring a lot to the contest. Let’s take a closer look at the differences, and similarities, between these title contenders.

Like the layman’s definition, public charities typically carry out some type of direct, charitable activity. Examples include churches, private schools, homeless shelters, etc…the list of possibilities is nearly endless. The true definition of a public charity, though, goes well beyond the programs and into the realm of structure and revenue source. As for structure, in order to qualify for (and keep) public charity status, a 501(c)(3) must be organized for exclusively 501(c)(3) purposes. The IRS requires certain language to be in a public charity’s articles of incorporation explicitly restricting its activities to such. In addition, a public charity must represent the public interest by having a diversified board of directors. More than 50% of the board must be unrelated by blood, marriage or outside business co-ownership and not be compensated as employees of the organization. We are often asked where that is in the “code” and, frankly, it isn’t there…at least not verbatim. It is an extrapolation of the IRS’s requirement that governance of a public charity be at arms-length and without private benefit (inurement) to insiders. As such, the IRS requires that a quorum of board members be possible who have no personal stake, either directly or potentially through relationship. Finally comes the income, or source of revenue, test. Public charities must be supported by the general public. For that to be true, a significant amount of revenue, at least 33%, must come from relatively small donors (those who give less than 2% of the organization’s income), from other public charities or the government. While that is significant, that leaves 67% to potentially come from other, less diverse sources.

Private foundations. While being considered a private foundation could simply be a fall-back position of not qualifying for public charity status via either the organizational or income test (or both), it is most often a choice that is made. There are reasons why someone would choose foundation status over public charity. Chief among those is control. In exchange for somewhat disadvantaged deductibility limits to donors, mandatory Form 990-PF filings, and minimum annual asset distributions (5% each year), private foundations can be controlled by related parties and be funded by a relatively small group…even one individual or family (think Bill and Melinda Gates Foundation). This is often more than enough trade off for those starting a foundation. One thing that is not different for private foundations is the requirement that it be organized for exclusively charitable purposes.

There is even a third type of 501(c)(3), the private operating foundation. This is best thought of as a hybrid of the other two, most often a private foundation with direct program services like that operated by public charities. The rules are strict, as control can be like that of private foundations, but with some of the benefits of public charities. There are relatively few of these organizations around. You typically only see these under rather unique circumstances.

At the end of the contest, it is a tie. There really is no winner. It completely depends on each organization’s programs, plans and intentions. Ding, ding!

Greg McRay is an IRS-credentialed Enrolled Agent and is the CEO and co-founder of Foundation Group, Inc. The Foundation Group, based in Nashville, Tennessee, provides formation and compliance services to nonprofits, including nonprofit incorporation and 501(c)(3) applications, Form 990 preparation, payroll processing, as well as education and consultation.

Visit our website at http://www.501c3.org for more information. While you’re there, be sure to sign up for our free email newsletter!