How to Save Money on Electricity 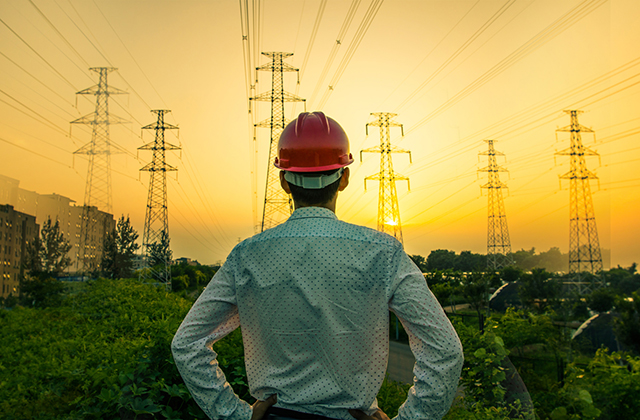 Challenges in maintaining comfortable living standards vary enormously around the globe, so it is impossible to provide exact steps to reducing your electricity consumption in every scenario. An energy audit however will help you to identify exactly where your electricity is going and how you can reduce the use of it. Many electrician Brighton become competent in several types of electrical work to increase their job opportunities.

Once we figure out where our power is being used around the home it is easy to suggest ways of reducing wasted power, i.e. electricity which is being used to do the same job that a smaller amount of electricity could do whilst maintaining the same level of comfort. This is a key point to understand; saving money on electricity doesn’t mean you will have to live in a cold dark house in order to see significant energy savings, and in most cases considerable reduction in home energy use can be obtained by making some simple changes around the home.

So where do I start looking?

By far the biggest electricity hog in most homes can be attributed to the heating and cooling requirements. Heaters and air conditioners have high power ratings, and if used frequently during hot or cold seasons, resulting electricity bills can end up as quite a shock. Now you may be surprised to know that by localising some of these comforting sources you can save massive amounts of energy whilst maintaining the same level of comfort. Here are some practical tips to consider:

Use localised heating during cold periods

Use localised cooling or evaporative cooling in cold but drier climates

These are just some of the things worth considering, however a detailed energy audit will pinpoint the best heating and cooling practices to adopt for your particular home.

Although the electricity used from lighting is somewhat minimal, lights tend to be used for longer durations, so we can immediately see long term financial incentives to replacing less energy efficient bulbs with more expensive but less power hungry fluorescent or LED (light emitting diode) bulbs.

Kettles If you are a heavy tea or coffee drinker, you may be running up the cost on your electricity bill since kettles are big electricity users. A simple tip to help you cut back your electricity cost for running a kettle is to fill your cup with water and then pour that into the kettle before heating. In this way we know exactly how much water to boil. Most people just guess an amount of water which provides 3 or 4 times greater more hot water than is actually consumed. If you boil a few cups of water every day, this simple habitual change could save you around $50 per year off your electricity bill.

Fridges If you have an old fridge, it may have bad seals allowing the cool air to escape. The fridge has to work extra hard to keep your food cold and this can chew through your power use. An electricity meter can be used to work out how efficiently the fridge operating and you may decide that a more energy efficient model could save you considerable money in the long run.

Think of standby power as a dripping tap that we cannot hear or see but which is gradually using up your electricity. Many plug packs, phone chargers, stereos, washing machines, TV’s, computers and a variety of other appliances draw electricity when they are either off, or nothing is plugged into them. This is called standby power, and although it only accounts for a small rate of energy trickling through the system, this constant drain happens 24 hours a day, 365 days a year so a small power drain can add up significantly.

To combat standby power issues you can either:

Purchase switchmode power supplies (lighter versions of the heavy electromagnetic power packs)
Manually switch off devices when not in use
Purchase a power board which automatically shuts off power to devices when a single device is powered off. This is useful when many separate components run off the same power socket such as a stereo or computer system.

As an example I measured the standby power consumption of my home desktop computer and found that leaving it plugged in for 10 years would cost more in electricity than the whole computer cost me to buy in the first place. By unplugging my computer from the wall when it is not in use, I will accumulate some significant electricity savings.

Calculating the cost of running an appliance:

You can calculate how much an appliance uses by multiplying its wattage with the time it is on with the cost per unit of electricity. For example if I use a 100W light for 5 hours per night and electricity costs 20c per unit (one unit = 1000W for one hour). Then I will spend 365 x 5 x 0.1 x 0.2 = $36.50 per year running that light. Of course these values may be different between countries and regions but it gives us a rough idea of costs.

If I invested in a light which cost $10 more, but only consumed 20W, then I would save 80% off my electricity use for that light. In the case above, I would start saving money in only a few months and over 10 years I would save almost $300! Furthermore, some of the more energy saving bulbs last considerably longer and hence you will reduce the bulb replacement time and cost.

Working out the power usage of appliances:

Some appliances will say on their nameplate how much electricity they use. For example a light will say 60W or 25W etc and a TV could say 200W or something and a kettle may be 2400W. Calculating the cost of running these appliances is fairly easy as we simply consider that this power is being used consistently when the device is on.

Calculating the electricity use for devices which use electricity sporadically such as fridges, washing machines, computers etc will require the use of a power meter which adds up all the power used over a period of time. These cheap devices can be purchased for around $20 and are invaluable in running a home energy audit or at least getting an idea about how much electricity each device uses.

What to do next:

Here we have touched on some ways in which electricity is commonly wasted in the home and some practical steps to reducing that sometimes scary power bill. Living intelligently and with a more sustainable approach to living can not only vastly reduce your carbon footprint and increase your living comfort, but can also save you considerable hard earned money every time your power bill comes around. If you want to reduce your power bill it may be time to work out where all your electricity is being used, and make the changes necessary to reduce wasted energy in your home. Doing an energy audit can be a great way to find out exactly what will work, yet doing some simple calculations yourself and investing in energy efficient devices or even changing some simple living habits could already see you on the way towards lower electricity bills in the future.