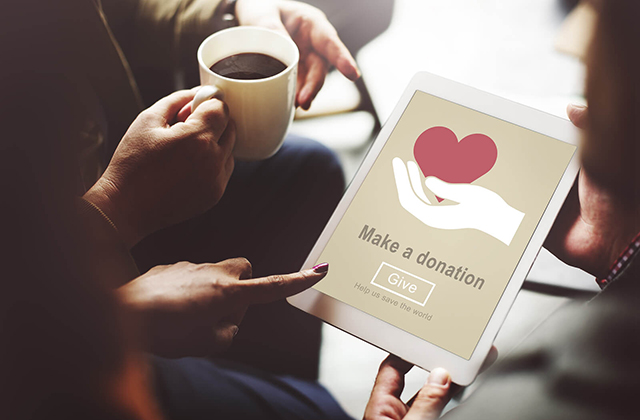 For over two decades, making a vehicle donation to a charity has been very popular for those trying to get rid of that old unwanted car. Before you donate money or goods, research the charity.

VEHICLE DONATIONS – a quick glance back

In the early years of 2000, this landscape had been on rock solid foundation with nothing standing in its way. Then signs of economical instability turned into governmental concerns and eventually lead to governmental action.

Ultimately it was the findings of the Senate Finance Committee’s investigation by the GAO (U.S. General Accounting Office), spearheaded by its chairman Iowa’s Senator Grassley, who had uncovered a multitude of car donation abuses.

With part of their investigation focusing on the tax year 2000, results came in claiming approximately 6% of all noncash contributions over $500 reported on returns that year were for vehicle donations. Their analysis estimated vehicle donation deductions lowered taxpayers’ income tax liability by $654 million that year alone.

The GAO study tracked a judgmental sample of 54 donated vehicles for that year to compare the amount of proceeds the charities received from vehicle sales and the amount claimed as deductions on donor’s tax returns.

The findings raised eyebrows. From the sample of 54 donated vehicles, the charities only received 5% or less of the actual value the donor had claimed as a deduction on their tax returns.

They identified two factors that contributed to this difference.

1. Donated vehicles were often sold at wholesale prices rather than at the price the donor might expect if selling the vehicle to a private party.

They also indicated that they were unable to determine whether individuals claiming deductions for donated vehicles accurately assessed the fair market value of their vehicle, because data as to the vehicles condition was not available. However they mentioned some charities they interviewed stated some of their donors’ claims about vehicle value might have been inflated.

The GAO’s 43 page findings and recommendations were very detail oriented and what Congress eventually approved was included in the American Jobs Creation Act of 2004. The final version of the changed law took effect for tax year 2005.

A taxpayer could claim fair market value for any vehicle donated to charity up to $5,000 accompanied by a receipt from the charity, regardless of what the charity sold it for. No reporting requirement on behalf of the charity.

Anything over $5,000 still required a receipt from the charity, along with IRS tax form 8283 and a required third party appraisal. The charity was required to submit IRS form 8282 once the vehicle sold.

A taxpayer could claim up to $500 for any vehicle donated to charity accompanied by a receipt from the charity, regardless of what the charity sold it for.

A taxpayer could claim whatever amount the donated vehicle sold for by the charity, accompanied by IRS form 1098C completed by the charity, indicating the amount sold and other pertinent info from the donor. If sold for more than $5,000 then IRS form 8283 will be required as well.

WHY IS THIS IMPORTANT?

The abuses identified in the governmental study, pointed at several issues, but at the end of the day, it was determined to be a loophole in the law and lack of governmental resources to police it that would change the way the vehicle donation process would continue.

These new changes put the responsibility of how much the donor could claim on the shoulders of the charity or vehicle donation processing company. This is where the problem lies.

To them it’s a numbers game. The more cars received, the more money in fees they collect. Selling most through wholesale auto auctions or wholesale outlets and to prove this point, just recently one of the larger vehicle donation companies with hundreds of charities on board was just bought out by a Nationwide Auto Auction Company who specializes in Wholesale.

With the responsibility falling on the vehicle donation company or the charity to maximize the donor’s right off, selling donated cars in a wholesale environment is a careless business practice, where the donor is the one who loses. Lately we have heard from many car donors who had donated vehicles to other organizations and were dissatisfied with the end result, because the company processing their car donation sold it much cheaper than it was worth.

AT THE PROSTATE CANCER AWARENESS PROJECT, WE GET IT!

Our staff has years of experience in this field dating back to the late 90’s and since every donated vehicle is different, it’s crucial knowing which advertising medium will yield the highest selling price, maximizing our donors write-off potential. Retail classifieds, such as Craig’s List, Ebay, Auto Trader, etc. are typical of where we advertise your donated car, truck, van, RV or Boat. In the event we use an auction to sell our donated property and prior to accepting the highest bid, we will thoroughly investigate vehicle values and confirm bid prices are in line with real world retail prices, again insuring the highest value possible for our donors write off potential.

Unlike most our competition, who’s primary goal is to get you to hand over your vehicle to them, only so they can move it as quickly as possible, in a WHOLESALE environment. We on the other hand, spend a great deal of time making repairs, professionally detailing your donated vehicle and then researching the best RETAIL venue, showcasing it with detailed photos, making every effort possible to get the highest price possible.

So, please don’t be tricked by other company’s claims about receiving the highest value for your donation. If they are not selling your donated vehicle in a retail environment then they don’t have your best interests in mind.

Donate your car to the Prostate Cancer Awareness Project [http://www.carsforprostatecancer.org/].